The implementation of the Algiers peace agreement (signed in May 2015) produced mixed results in 2016. The security situation in Northern Mali remained volatile and progress in the establishment of transitional local authorities, for example, was cumbersome and slow. This hampered the resumption of the provision of basic social services in the north, such as health, education and water services. In 2016, terrorism and banditry in the centre of the country led to increasing insecurity and instability, causing a gradual retreat of the state and its public services. The government began to formulate a comprehensive response for implementation from mid-2017 onwards. There is still a profound lack of interaction between the state and its citizens. In 2016, the Malian economy grew by 5.8% but rapid population growth (2.7%) and climate change are limiting the availability of natural resources and employment opportunities for youths, increasing social tensions. Furthermore, Mali remains a very important transit country for irregular West-African migrants to Maghreb and Europe (Malian migrants constitute about 20%). The embassy programmes are of direct relevance for mitigating migration pressure, since they improve governance, socio-economic conditions and resilience, which are also relevant for preventing radicalisation. 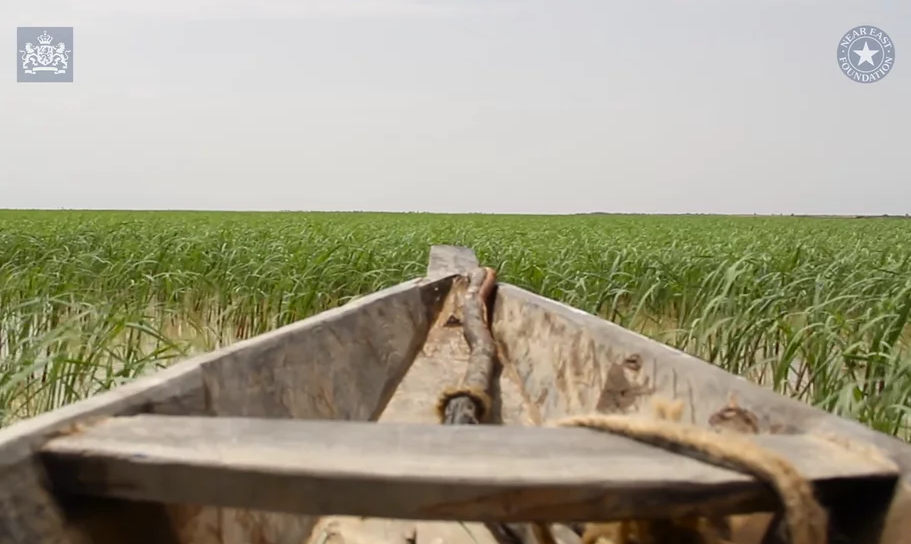 In the inner delta of the Niger, food and nutrition security can be improved through floating grasslands, called 'bourgoutière'. The ‘Bourgou’ is a plant that grows better than any other in this area. It produces grain (for human nutrition) and fodder as animal feed. Thanks to this animal feed, the region's animals are stronger and fatter, produce more milk and are able to plough the fields. Moreover, growing with the rising floods, ‘bourgoutière' serve as a nursery area for fish reproduction; an important source of revenue and nutrition.

Key results of the embassy in Mali

Number of people (M/F) with increased access to justice

Access to justice is a problem in the entire country. Thanks to the embassy programme 'Tien Sira', access in the four northern/central regions (Segou, Mopti, Tombouctou and Gao) has significantly improved, despite the insecurity. Having been elected and trained in 2015/16, 604 paralegals started work in all 302 communities. In the last four months of 2016 they reached 85,000 citizens with information on a range of legal topics, including child marriage and criminal law. In 2016 they provided access to justice to more than 17,000 people, who were given advice and mediating in conflicts. In 2015 this number was 147. Several new legal clinics were built and equipped to inform and assist the population through the (formal and informal) justice system, most of which will become operational in 2017.

40 On track
20 debates and 20 reconciliation ceremonies

Through the Local Governance and Accountability Programme (PGLR), 1,200 youth leaders involved in 51 (of the 302) communities in the four northern/central regions (Segou, Mopti, Tombouctou and Gao) contributed to an improved dialogue between the population and elected members of local governments (mayors, municipal councillors) and thus to greater local government transparency and accountability.

Sexual and Reproductive Health and Rights

In 2016, the shift in focus from 'youth as beneficiaries and target group' to 'young people as actors of change' continued. Youth leadership on reproductive health issues and respect for sexual and reproductive rights is undoubtedly growing. Thanks to the combined strategy of the Debbo Alafia programme, particularly the generational dialogue on sexual rights and the increasing use of smartphones and social media, young people are asserting themselves as active stakeholders in the change of attitudes. For example, in the Ségou region around 100 boy and girl leaders developed the skills to initiate and conduct a dialogue with their elders, and negotiate and advocate with school administrations and government representatives. They also animate discussions on sexual rights and family planning, and organise radio debates. Being more aware and committed, young people now have a solid basis on which to make personal and informed decisions on SRHR.

Number of local leaders and communities that have denounced child marriage

In 2016, the multi-stakeholder approach used by the Debbo Alafia programme not only reached a large number of people but, above all, accelerated consciousness, resulting in a change of attitudes among the population in the regions of Ségou, Mopti and Tombouctou. This is evidenced by the many public statements made by community and religious leaders, encouraging family planning promotion and denouncing child marriage. A growing number of communities are in the process of abandoning female genital mutilation (FGM) and early marriage, and 126 municipalities have already integrated the promotion of sexual rights, family planning and the fight against harmful practices in their development programmes.

Number of farms with increased productivity and income (directly)

Both the Programme d’Aménagement du Delta Intérieur du Niger (PADIN II) and the Projet d’Appui à la Résilience des Populations aux Crises Climatiques et Sociales (PASARC) have significantly contributed to improved food security and resilience in 2016, by building the capacity of agricultural producers, introducing improved technologies and developing land for agriculture and grazing, Examples of concrete results include the increase in rice yields in the project area to 6.3 tons/ha. and the rehabilitation of another 330 ha. of highly productive flood pastures (so-called 'bourgous'). The onion and fish value chain programme (PRCA-SA) established trials and demonstrations for fish production (5) and onion seed multiplication (40), thus laying the foundations for a reach-out to more than 50,000 producers in 2017.

Progress with regard to food security is partly an outcome of activities focused on private sector development (PSD). From 2015 to 2016, Malian exports to the Netherlands decreased by 15% due to a problem with mango exports, whereas Malian imports from Netherlands increased by 23%. The latter figure is to a large extent the result of the 170 business links (cumulative) established by the embassy between Dutch and Malian enterprises through trade missions, capacity-building activities (among others in the agro-food sector) and the use of other PSD instruments in the period 2013-2016.

Considerable progress has been made in flood plain development for (irrigated) agriculture since 2012 (see also: Food security - PADIN II and PASARC programmes). At a regional level, progress is also notable with a very significant number of people benefiting from an early warning system for floods. However, progress in advancing an integrated approach to water resource management (GIRE) is still limited, as efforts have not yet resulted in a shared sense of awareness, urgency and vision among national-level stakeholders. On the other hand, agricultural producers, livestock producers and fishermen are increasingly aware of the effects of climate change and the increasing pressure on resources.

Interpretation of the results in context

Progress with regard to Security and Rule of Law, Sexual and Reproductive Health and Rights, Food Security and Private Sector Development is on track and satisfactory. Progress in the area of integrated water management presents a more mixed picture, with clear results at local level (see also the featured project example below) but limited advancement at national level (GIRE programme), due to diverging views and interests.

Glimpse into the future

The mid-term evaluation of the GIRE programme in 2017 is designed to shed light on bottlenecks and how to address them. The programmes in the four sectors (plus PSD) are of direct relevance for mitigating migration pressures, as they improve governance, socio-economic conditions and resilience. They are also relevant for preventing radicalisation. The worsening security situation in 2016 in parts of the Segou and Mopti regions affected programme activities to a certain extent but, so far, have had only a minor effect on the results of the programmes supported by the Netherlands. However, a further deterioration of the security situation may lead to programme outputs being reduced.